Apricot Alley is the 124th episode in Candy Crush Saga and the fourth episode of World 25 (HTML5). This episode was released on 6 July 2016. The champion title for this episode is Cordial Caller.

Tiffi uses the liquorice from Nigel's hat to reconnect the telephone line. 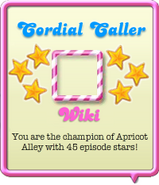 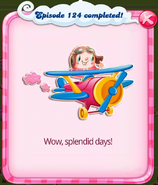 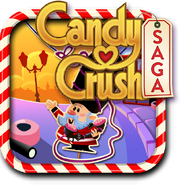