Banana Bay is the 461st episode in Candy Crush Saga and the first episode of World 93 (HTML5). This episode was released on 22 April 2020. The champion title for this episode is Awesome Angler.

Tiffi and Monkey cruise the coast to find bananas to eat. 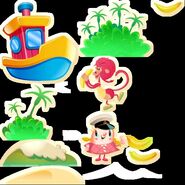 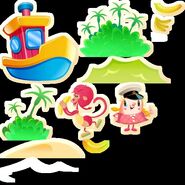