Banana Beach is the 79th episode in Candy Crush Saga and the fourth episode of World 16 (HTML5). This episode was released on 26 August 2015. The champion title for this episode is Savvy Surfer.

Tiffi rides on a boat and Odus is windsurfing with her boat. 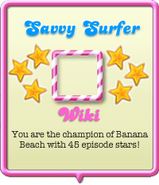 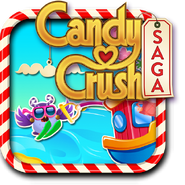