Barking Boutique is the 78th episode in Candy Crush Saga and the third episode of World 16 (HTML5). This episode was released on 19 August 2015. The champion title for this episode is Catnip Crusader.

Barking Boutique is a somewhat hard episode, with a mean of 4. It has two somewhat hard levels: 1157 and 1159, one hard level: 1160, and one nearly impossible level: 1148. Level 1154 used to be extremely hard before it got nerfed. Overall, this episode is much easier than the previous episode, Teapot Tower. 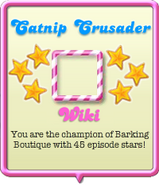 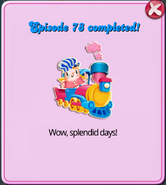 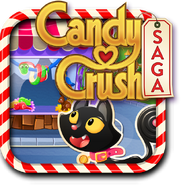