Blooming Bakery was the 19th episode in Dreamworld and the first episode of World 4 of Dreamworld. This episode was released on 28 May 2014. It was the Dreamworld equivalent to the Reality episode Holiday Hut.

Blooming Bakery is a somewhat hard episode, with a mean of 4.07. It has four somewhat hard-hard levels: 263, 264, 265, and 268, two very hard levels: 266 and 267, and one extremely hard level: 272. As a result, it is harder than the previous episode, Marshmallow Madness, but is slightly easier than its Reality counterpart, Holiday Hut. 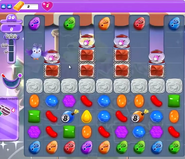 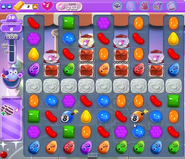 Retrieved from "https://candycrush.fandom.com/wiki/Blooming_Bakery?oldid=1595082"
Community content is available under CC-BY-SA unless otherwise noted.