Blueberry Brush is the 118th episode in Candy Crush Saga and the third episode of World 24 (HTML5). This episode was released on 25 May 2016. The champion title for this episode is Camp Commando.

Milly and Tiffi are camping, and Tiffi has candy sausages to roast on the fire. 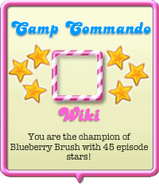 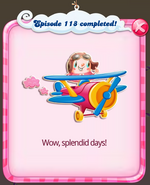 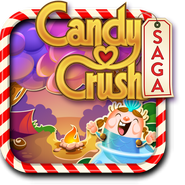