The bobber is a blocker that was introduced in level 2406, the first level of Bouncy Bayou.

On mobile, this blocker made an unofficial appearance in Rainbow Runway due to a glitch that renders levels 426 to 431 as the levels in Bouncy Bayou which feature the bobber. This glitch may be intentional, due to the similar numbers in the last three digits of the level number. However, this glitch has now been fixed.

Level 2406 - The first level has bobber, (Second Version)
Add a photo to this gallery 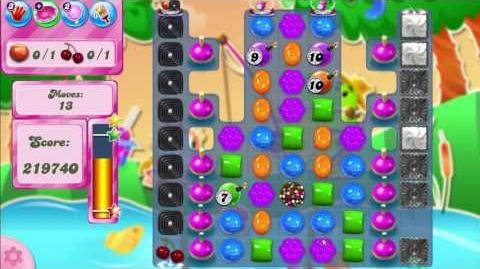 The Bobber - A new blocker
Add a photo to this gallery
Retrieved from "https://candycrush.fandom.com/wiki/Bobber?oldid=1672030"
Community content is available under CC-BY-SA unless otherwise noted.