Roberta the robot is sad because all his cakes turned out metallic and inedible. Tiffi helps him by preparing some delicious icing to make them taste better. 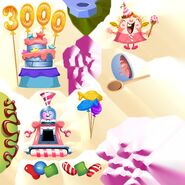 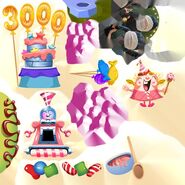 Retrieved from "https://candycrush.fandom.com/wiki/Bonbon_Bash?oldid=1412802"
Community content is available under CC-BY-SA unless otherwise noted.