Bonbon Bistro is the 85th episode in Candy Crush Saga and the fifth and final episode of World 17 (HTML5). This episode was released on 7 October 2015. The champion title for this episode is Mimer Maestro.

Claude the mimer monkey entertains Tiffi while she drinks her cocoa.

Bonbon Bistro is a somewhat easy episode, with a mean of 3.27, quite anomalous that late into the game. However, it has four somewhat hard - hard levels: 1256, 1258, 1261 and 1263, and one very hard level: 1265. Level 1262 was considered to be extremely hard and troublesome before it was heavily nerfed. Overall, it is easier than the previous episode, Drizzly Dale. 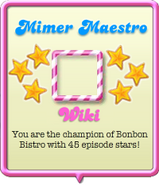 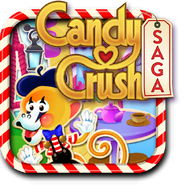 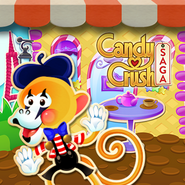 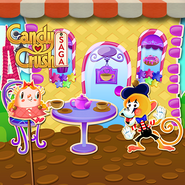