Bonbon Brambles is the 218th episode in Candy Crush Saga and the third episode of World 44 (HTML5). This episode was released on 28 March 2018. The champion title for this episode is Tasty Trapper.

Note: The story details can be seen in the gallery section

Hilda is crying because the candies are locked in the Candy Cane Fences. Tiffi uses special candies to break the candies inside the fences.

But don't worry, special candies will save you!

The candies are saved by Tiffi

After story (Sweet! start the level) 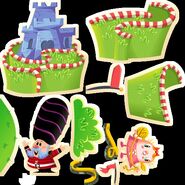 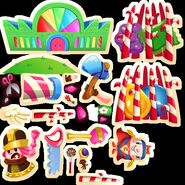