Booster Bot (also known as Build-a-Bot) is one of the events in Candy Crush Saga.

It has the same properties as Space Dash event, the only difference being the design. Like Space Dash, the player can complete levels in succession without losing a life to start each level with boosters. However, the Booster Bot will power up only if the player's current level is completed. It will be COMPLETELY REMOVED if the player loses a life.

*Before 2019, it appeared only on weekends. Throughout 2019, it has always been in effect for several weeks and months. 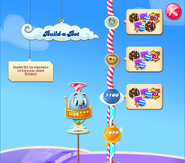 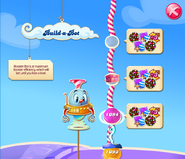 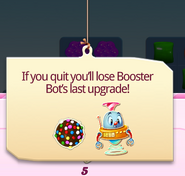