Bouncy Bayou is the 162nd episode in Candy Crush Saga and the second episode of World 33 (HTML5). This episode was released on 29 March 2017. The champion title for this episode is Bobber Bringer.

Bobby is trying to catch some jelly fish by using his claws, but they swim away from him. Tiffi lets him use her fishing rod with a bobber as a bait. 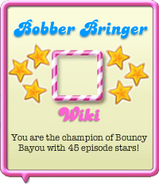 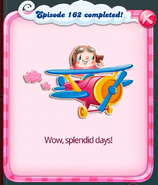 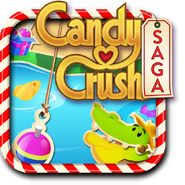 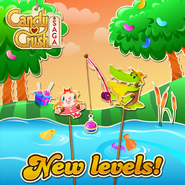