Breakfast Bay is the 202nd episode in Candy Crush Saga and the second episode of World 41 (HTML5). This episode was released on 20 December 2017. The champion title for this episode is Soggy Snoozer.

Much to his dismay, Tommy wakes up with his bedroom in the middle of the ocean. Tiffi cheers him up by bringing him a delicious breakfast. 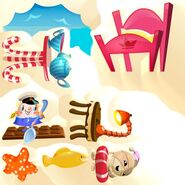 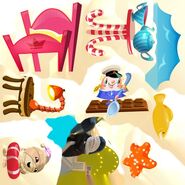