Brume Beach is the 246th episode in Candy Crush Saga and the first episode of World 50 (HTML5). This episode was released on 8 August 2018. The champion title for this episode is Mist Master.

Tiffi arrives by boat to a beach where Olivia is waiting for her. 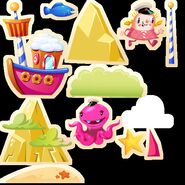 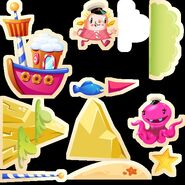