Bubblegum Hut is the 74th episode in Candy Crush Saga and the fourth episode of World 15 (HTML5). This episode was released on 22 July 2015. The champion title for this episode is Broomstick Baron.

Stella and Tiffi are having fun by the magic cauldron, creating lots of magical bubbles. 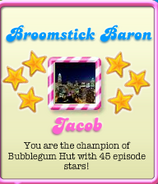 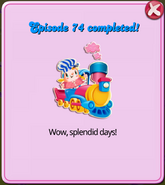 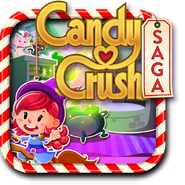