Butter Rum Reef is the 87th episode in Candy Crush Saga and the second episode of World 18 (HTML5). This episode was released on 21 October 2015. The champion title for this episode is Salty Swashbuckler.

Tiffi is smiling and Cap'n Sweet Tooth the pirate is altogether with her. 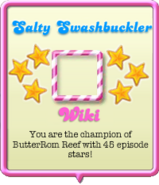 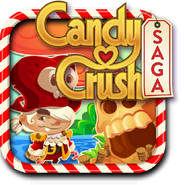