Candied Cliffs is the 91st episode in Candy Crush Saga and the first episode of World 19 (HTML5). This episode was released on 18 November 2015. The champion title for this episode is Fable Finder.

Tiffi finds Misty at her home in the mountains. 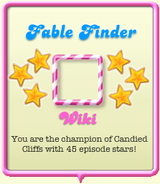 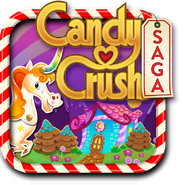