Candies are the main item in Candy Crush Saga. Candies come in six colors; match at least three of them with the same color in a line to clear them for points. There are special candies, which are created by forming special configurations, and other special candies that appear on later levels but cannot be created. Each one has its effect.

Clearing candies in certain positions will also clear blockers, so you can open up the board and make gameplay easier. 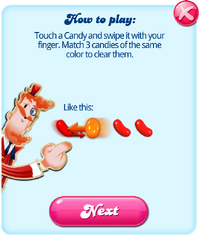 These make up most of the game. Get at least 3 candies of the same color in a row to clear them and turn them into points.

The six different colours and shapes are:

A box of Mixed Fruit Gummies

A box of Sour Fruit Gummies

A box of Colour Bomb candies

A box of Jelly Fish candies 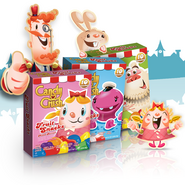 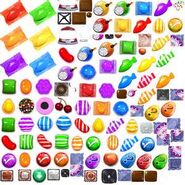 Sprites of the game (mobile) 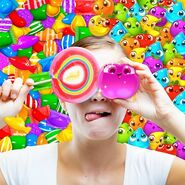 Candy or fruit? Why choose when you can have both! Stay tuned to Farm Heroes Super Saga because something BIG is about to happen! 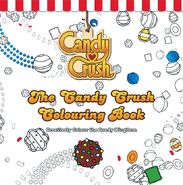 Happy Eat What You Want Day! Click and stop on your favorite treat! 😃 🍨🍭🍩🍬 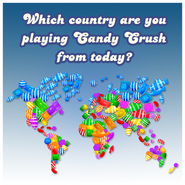 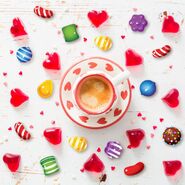 Make sure you take a break today! Coffee and Candy go well together 😉 😉 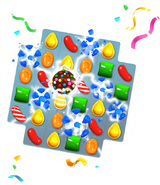 Add a photo to this gallery
Retrieved from "https://candycrush.fandom.com/wiki/Candies?oldid=1669561"
Community content is available under CC-BY-SA unless otherwise noted.