Not to be confused with Candy Cannon.

Candy Canyon is the 103rd episode in Candy Crush Saga and the third episode of World 21 (HTML5). This episode was released on 10 February 2016. The champion title for this episode is Sweet Sleeper.

Tiffi wakes up the sleepy Princess.

What is remarkable about this episode is that it contains level 1525, which was the first time a timed level was ever rated extremely hard, despite the fact that this level always contained only four candy colours like 252. 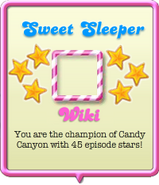 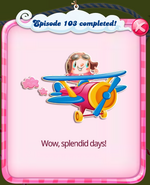 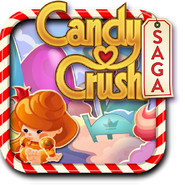