Candy Clouds is the 67th episode in Candy Crush Saga and the second episode of World 14 (HTML5). This episode was released on 3 June 2015. The champion title for this episode is Flashy Flyer.

Candy Clouds is a somewhat easy episode, with a mean of 3. There are many easy levels in this episode, though there is also one hard level, 994. Overall, it is easier than the previous episode, Soda Swamp, but is harder than the original Candy Clouds. 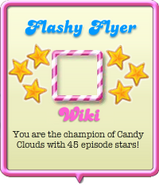 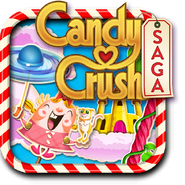