Cavity Cave is the 137th episode in Candy Crush Saga and the second episode of World 28 (HTML5). This episode was released on 5 October 2016. The champion title for this episode is Sticky Sculptor.

A big blob of jelly suddenly fell down on Mary. Tiffi uses her toothbrush to sculpt a jelly dress out of it. 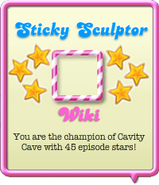 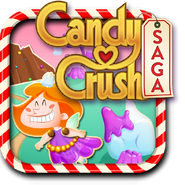