Cereal Sea is the 42nd episode in Candy Crush Saga and the second episode of World 9 (HTML5). This episode was released on 4 July 2014. The champion title for this episode is Milky Marine.

Cereal Sea breaks most trends that have been running up until this point.

Moves levels return for the first time in 10 episodes. For Flash, unlike world finales being jelly levels, level 620, a world finale, is an ingredients level. Said level also has chameleon candies, which was absent since 528. It has only six jelly levels in this episode, as opposed to seven or eight. This episode was also released on a Friday, first time since Savory Shores, and also released later in the day than usual. There are no conveyor belts.

The only trends continued in this episode are: a low number of candy order levels present, with only one being present, similar to Wafer Windmill, and the absence of cake bombs. Lastly, similar to the said episode, none of the jelly levels end with 0.

Cereal Sea is an easy episode, with a mean of 2.07, having one somewhat hard level: 614. Overall, this episode is much easier than the previous episode, Wafer Windmill. It is also the easiest episode of World 9. 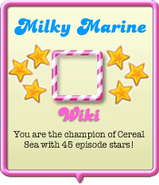 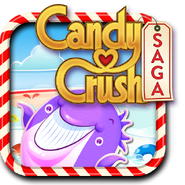