Choco Chess is the 206th episode of Candy Crush Saga and the first episode of World 42 (HTML5). This episode was released on 10 January 2018. The champion title for this episode is Chess Champion.

Nigel is playing Candy Chess, but the chocolate pieces are melting so Tiffi brings him jelly chess pieces. 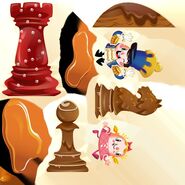 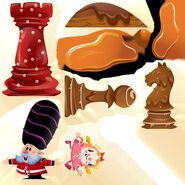 Retrieved from "https://candycrush.fandom.com/wiki/Choco_Chess?oldid=1597208"
Community content is available under CC-BY-SA unless otherwise noted.