Cloudberry Creek is the 73rd episode in Candy Crush Saga and the third episode of World 15 (HTML5). This episode was released on 15 July 2015. The champion title for this episode is Reindeer Ranger.

The Reindeer is stuck in a pit of quicksand. Tiffi rescues him by using a green tube.

This is a somewhat hard episode, with a mean of 4.2. It contains four somewhat hard levels: 1074, 1075, 1076 and 1077, and one very hard level: 1072. The rest of the levels are rated somewhat easy and medium. As a result, this episode is harder than the previous episode, Siberian Sorbet. 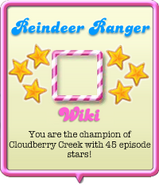 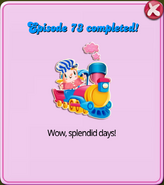 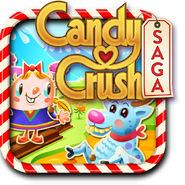