Cobweb Canopy is the 161st episode in Candy Crush Saga and the first episode of World 33 (HTML5). This episode was released on 22 March 2017. The champion title for this episode is Snippy Savior.

Boomer got caught in a sticky cobweb. Tiffi uses her scissors to cut one portion of the cobweb and help Boomer get free of the cobweb. 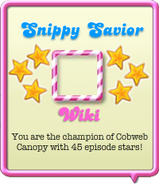 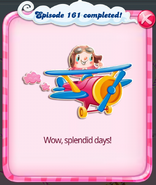 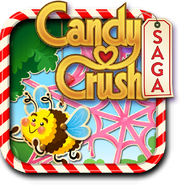 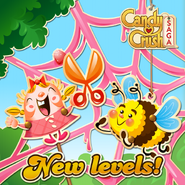 Old map before the renovation in mid-2017