Cocoa Cosmos is the 310th episode in Candy Crush Saga and the fifth and final episode of World 62 (HTML5). This episode was released on 3 April 2019. The champion title for this episode is Astral Artist.

Tiffi and Ellen paint the egg-shaped planets pink on Easter. 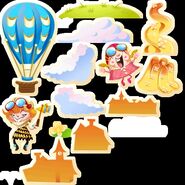 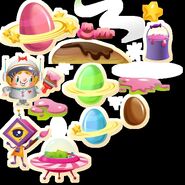