Cookie Crossing is the 65th episode in Candy Crush Saga and the fifth and final episode of World 13 (HTML5). This episode was released on 20 May 2015. The champion title for this episode is Bubble Brigadier.

This is the second episode that is part of a three-episode story arc.

Before episode:
Tiffi finds the forest that's something fizzy, so she crosses the bridge and goes to the forest.
After episode:
Story continues to Soda Swamp scene. 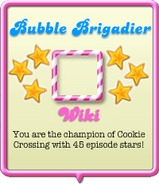 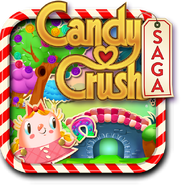