Cotton County is the 243rd episode in Candy Crush Saga and the third episode of World 49 (HTML5). This episode was released on 18 July 2018. The champion title for this episode is Wind Wonder.

Tiffi and Mr. Yeti are out flying kites in the countryside. 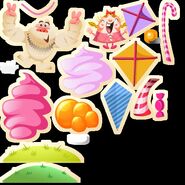 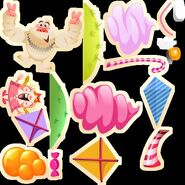 Retrieved from "https://candycrush.fandom.com/wiki/Cotton_County?oldid=1711763"
Community content is available under CC-BY-SA unless otherwise noted.