Creator's Crib is the 468th episode in Candy Crush Saga and the third episode of World 94 (HTML5). This episode was released on 6 May 2020. The champion title for this episode is Level Overlord.

This episode contains the milestone level level 7000 and is a memorial for Seb, a level designer who passed away probably just before the release of this episode. This is the only non-tutorial episode to be exempt from the April Fools 2020 episode alterations until the release of Milestone Meadow, exactly 200 episodes after.

Tiffi and Seb the level designer had a dance party in the living room.

Tiffi and Doxen Cooper investigate the jewel disappearances in the city. 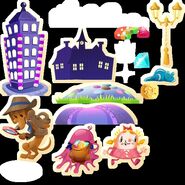 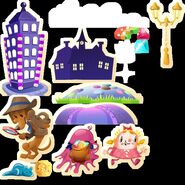 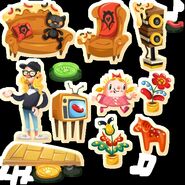 May layout as Creator's Crib. This map layout was created just after Seb passed away, and was created after the April Fools 2020 backgrounds.