Crumbly Crossing is the 153rd episode in Candy Crush Saga and the third episode of World 31 (HTML5). This episode was released on 25 January 2017. The champion title for this episode is Love Launcher.

Giggles wants to spread love and cheer, but he made too many sweet treats to carry. Tiffi jumps right in, and starts up a food fight. 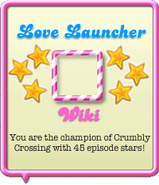 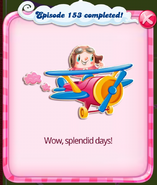 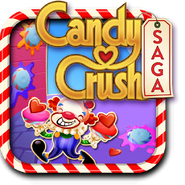 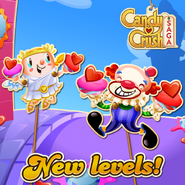