Crunchy Castle is the 16th episode in Candy Crush Saga and the first episode of World 4 (HTML5). This episode was released on 25 October 2012. The champion title for this episode is Crunchy Count.

Before episode:
In this episode, Tiffi meets Mr. Vampire who is unable to attend a Halloween party due to his sickness.
After episode:
Tiffi gives the vampire a yellow candy which instantly cures him, allowing him to attend the Halloween party as they start dancing together.

Crunchy Castle is a very easy episode, with a mean of 1.67, despite having two medium levels: 219 and 226. Overall, this episode is of similar difficulty to the previous episode, Sweet Surprise. 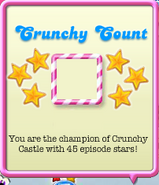 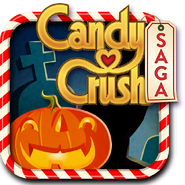 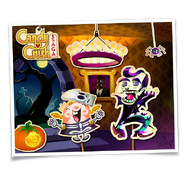