Crunchy Comet is the 177th episode in Candy Crush Saga and the second episode of World 36 (HTML5). This episode was released on 12 July 2017. The champion title for this episode is Space Sculptor.

Tiffi and Allen land on the giant comet in Allen's donut spaceship. 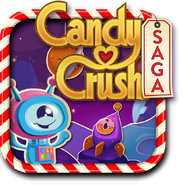 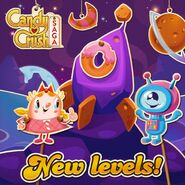