Custard Coast is the 132nd episode in Candy Crush Saga and the second episode of World 27 (HTML5). This episode was released on 31 August 2016. The champion title for this episode is Shark Survivor.

Misty was afraid of a candy corn that looked like a shark's fin. Tiffi grabs a candy corn to prove Misty that it is just only a candy corn, so that she can now take a swim in the sea freely. 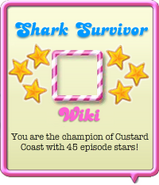 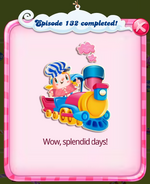 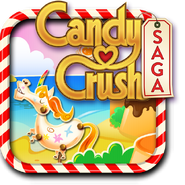