Dainty Dunes is the 144th episode in Candy Crush Saga and the fourth episode of World 29 (HTML5). This episode was released on 23 November 2016. The champion title for this episode is Prickly Picker.

Ellen, Allen's companion, was exploring the dunes, but a cactus snagged her map. Tiffi uses her lucky grabber to get it back. 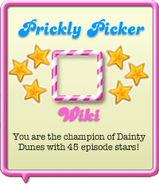 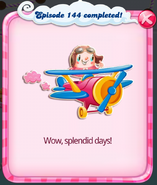 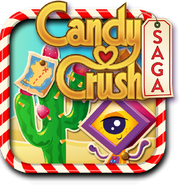 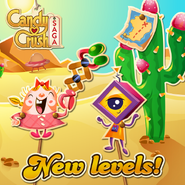