Dessert Desert is the 99th episode in Candy Crush Saga and the fourth episode of World 20 (HTML5). This episode was released on 13 January 2016. The champion title for this episode is Highway Howler.

Tiffi and Count are on a trip along the road. 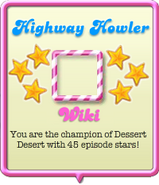 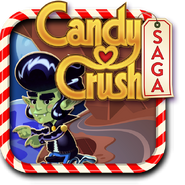