Diamond District is the 86th episode in Candy Crush Saga and the first episode of World 18 (HTML5). This episode was released on 14 October 2015. The champion title for this episode is Candy Constable.

Tiffi and Doxen Cooper are investigating a case. Meanwhile, the Bubblegum Troll is spilling candy pieces for clues to help Tiffi and the Doxen Cooper to solve the mystery.

Diamond District is a somewhat easy episode, with a mean of 3.2. It contains three somewhat hard levels: 1266, 1271 and 1275, and one hard level: 1272. As a result, it is of similar difficulty to the previous episode, Bonbon Bistro. 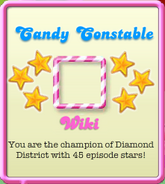 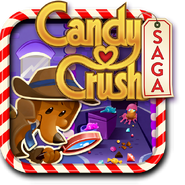 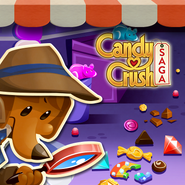 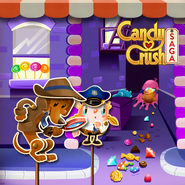