Doughnut Deli is the 387th episode in Candy Crush Saga and the second episode of World 78 (HTML5). This episode was released on 6 November 2019. The champion title for this episode is Merry Marketer.

Tiffi and Suzy collect donuts from Pete's deli to deliver. 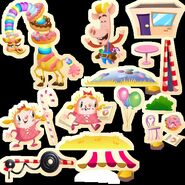 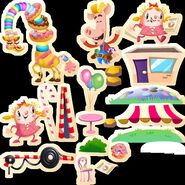