Drizzly Dale is the 84th episode in Candy Crush Saga and the fourth episode of World 17 (HTML5). This episode was released on 30 September 2015. The champion title for this episode is Crazy Cobbler.

Tiffi and the Kitty are playing on a rainy day. 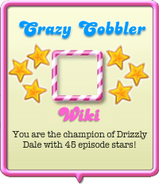 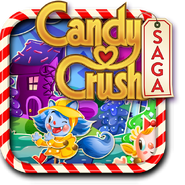