Fabulous Fair is the 179th episode in Candy Crush Saga and the fourth episode of World 36 (HTML5). This episode was released on 26 July 2017. The champion title for this episode is Merry Maker.

Tiffi and Minty are at the fair. Tiffi gives Minty a red bow that is the same as the one she's wearing. 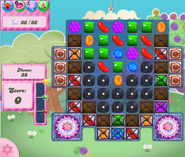 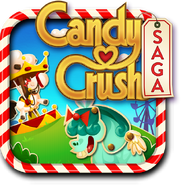