Festive Fiesta is the 200th episode in Candy Crush Saga and the fifth and final episode of World 40 (HTML5). This episode was released on 6 December 2017. The champion title for this episode is Sparkly Snacker.

Tiffi celebrates New Year's Eve, as well as the milestone of the 200th episode, along with Dexter, Mr. Yeti and Bubblegum Troll.

Despite being the 200th episode, Festive Fiesta is still a notorious nearly impossible episode, with a nightmarish mean of 7.47. It contains one somewhat hard level: 2980 and six very hard levels: 2978, 2982, 2983, 2984, 2987, and 2990. The other eight levels are rated "extremely hard", except for 2989, which is rated nearly impossible. None of its levels are easy to finish. Overall, this episode is much harder than the previous episode, Cranberry Cottage. 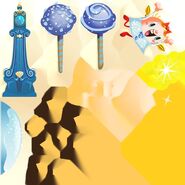 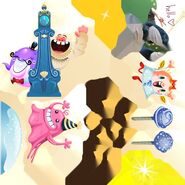