Fizzy Factory is the 150th episode in Candy Crush Saga and the fifth and final episode of World 30 (HTML5). This episode was released on 4 January 2017. The champion title for this episode is Bonbon Boxer.

A power hammer in the fizzy factory broke down. Tiffi fixes the hammer by attaching a boxing glove to it. Roberta can now continue creating tasty, fizzy drinks. 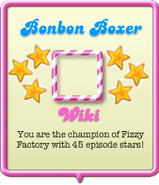 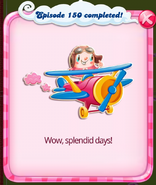 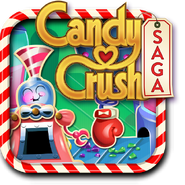