Flavor Field is the 97th episode in Candy Crush Saga and the second episode of World 20 (HTML5). This episode was released on 1 January 2016. The champion title for this episode is Cherry Champion.

The British equivalent of this episode is Flavour Field.

Overall, this episode is of the same difficulty as the previous episode, Mount Chocolympus. 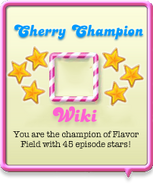 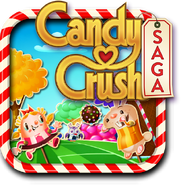