Floral Foyer is the 271st episode in Candy Crush Saga and the first episode of World 55 (HTML5). This episode was released on 21 November 2018. The champion title for this episode is Delish Designer.

Tiffi and Neko trim some flowers to spruce up the foyer. 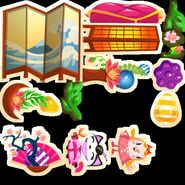 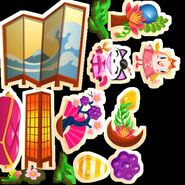