Frosting Fortress is the 171st episode in Candy Crush Saga and the first episode of World 35 (HTML5). This episode was released on 31 May 2017. The champion title for this episode is Waffle Watcher.

Tiffi sees Nigel looking out from the fortress with a waffle telescope. 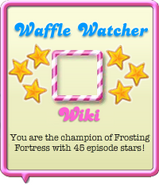 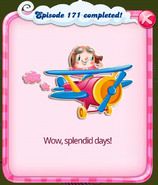 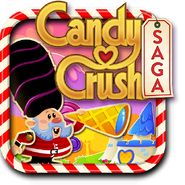 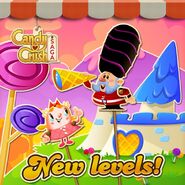