Frosty Fields is the 156th episode in Candy Crush Saga and the first episode of World 32 (HTML5). This episode was released on 15 February 2017. The champion title for this episode is Sorbet Sprinkler.

Benny is worried that the ice cream harvest on the Frosty Fields is in danger of melting. Tiffi turns on the chilly sprinklers so all the ice cream stays cold and delicious. 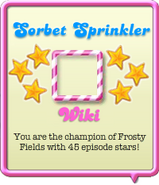 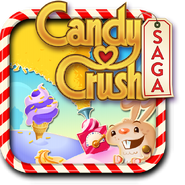 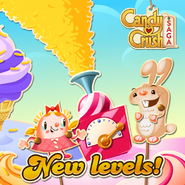