Fungi Forest is the 81st episode in Candy Crush Saga and the first episode of World 17 (HTML5). This episode was released on 9 September 2015. The champion title for this episode is Mushroom Master.

Tiffi and Foxie are picking mushrooms.

Fungi Forest is a somewhat easy episode, with a mean of 3.27. It has a lot of easy levels, but one somewhat hard level: 1205, two very hard levels: 1192 and 1196, and one extremely hard level: 1195. As a result, this episode is much easier than the previous episode, Snack Shack. 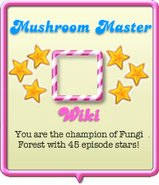 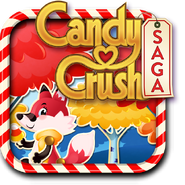 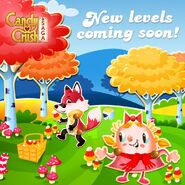