Funky Farm is the 127th episode in Candy Crush Saga and the second episode of World 26 (HTML5). This episode was released on 27 July 2016. The champion title for this episode is Fishy Fixer.

Pete tries to fix the broken weather vane found at the roof of the Chocolate Barn, but he doesn't have the proper materials. Tiffi helps him by replacing the vane with a jelly fish. 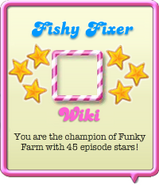 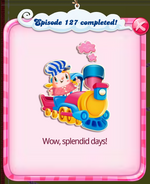 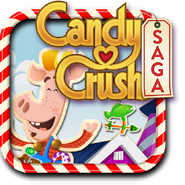