Georgina is a minor character in Candy Crush Saga. He is a tree that first appears in the 49th episode, Boneyard Bonanza. Before introducing level 711, he is crying because of his missing leaves. After completing level 725, Tiffi gets her magic wand and grows the tree's bushes again, making him complete and happy again.

In the 191st episode, Tricky Tower, he needs to enter the tower, but it's not easy to find in the tangled woods. Tiffi drops some bright candies to show him the path. 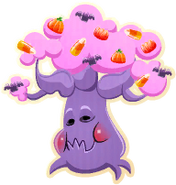 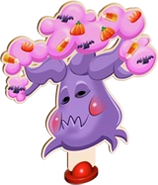 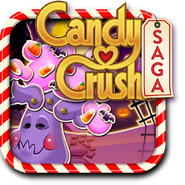 Look at the third ingredient
Community content is available under CC-BY-SA unless otherwise noted.
Advertisement