Glittery Grove is the 158th episode in Candy Crush Saga and the third episode of World 32 (HTML5). This episode was released on 1 March 2017. The champion title for this episode is Lunar Lighter. 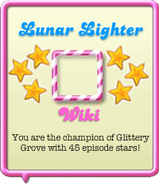 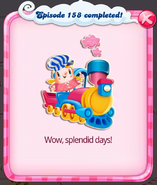 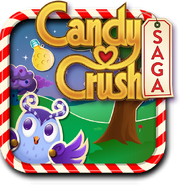 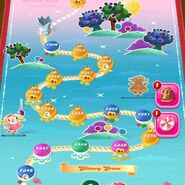 A picture for select HTML5 users that had Gingerbread Woman instead of Odus in the map.