Gumball Gorge is the 148th episode in Candy Crush Saga and the third episode of World 30 (HTML5). This episode was released on 21 December 2016. The champion title for this episode is Splendid Spotter.

Hilda's lollipop hammer was dragged along with all the gumballs pouring from the gumball tower. By carefully examining the stream with her magnifying glass, Tiffi helps Hilda tracking it down. 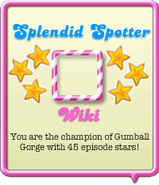 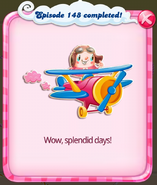 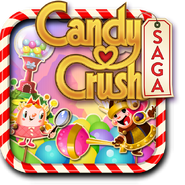 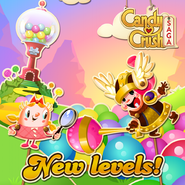